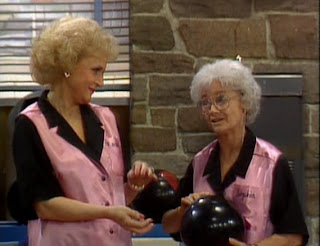 S01 E07
Original Airdate November 2nd, 1985
We open on Sophia singing and making spaghetti sauce. According to Dorothy it takes fourteen hours and she wants to know what’s up. Of course we aren’t allowed to find out why Sophia spent fourteen hours on this sauce at the moment. We have more important things to focus on, like Blanche’s new bowling ball.
Apparently there is a bowling tournament every year and Blanche bought the ball to help her and Rose. Dorothy is shocked because aren’t the Nielson twins unbeatable? Are they? Who are these Nielson twins? If you want to know, you can just keep on waiting because we will never find out. The whole time she’s blathering on, Rose looks uncomfortable and just a little annoyed. Dorothy says maybe she should enter. 180 average.

Rose’s eyes light up with a plan. Dorothy asks Sophia to join her in the doubles tournament, but Sophia is too busy. Sophia’s old fiancé, Augustine, is going to be in Miami.
Blanche: Well what do you know, Sophia has a past.Sophia: Yes and unlike yours I didn’t need penicillin to get through it.

Blanche says nothing, but looks suitably insulted. As she should. That was cold blooded, Sophia.
We learn Augustine went off to the war and she never heard from him again. What war you say? Who knows, who cares. Not this show. I assume it’s WWII, since even though Sophia was alive during WWI, she was only ten years old when Italy joined the war. Of course, if Augustine went to war near the end she’d be fourteen and I have an easier time believing a poor, country girl was engaged at fourteen in 1918 than I do believing a ten year-old was. Anyway, moving on.
The next scene opens with Sophia dressed “like a widow in mourning” as Dorothy correctly puts it.
Sophia: Perfect, he’ll know I’m available.
Rose reacts to Sophia’s outfit with a hug and condolences on her loss.
We meet Augustine and he’s very adorable in his little suit and bowtie! Like a shriveled little peanut. They catch up on marriage, the village, and then they go for a walk. Cut to Rose and Dorothy. They comment on how cute it is before moving on to bowling. Rose got Dorothy a partner and hasn’t told her who it is yet. Blanche breaks the news though as she barrels into the kitchen and she is very dramatic about it. Rose has ditched Blanche for Dorothy. 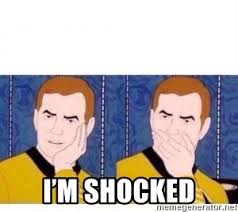 Rose wants to win this year and with a 180 average Dorothy is the better bowler. Dorothy is not pleased with Rose, but Rose defends herself, sort of, by saying she’s simply too competitive when it comes to athletics.
Rose: I’ve never told anyone this, but I had to transfer high schools because of a field hockey incident.
No one follows this statement up with questions like what the hell did Rose do. We’ll never know, so I will now wildly speculate. Rose lost a big match, broke her field hockey stick over her knee, and went after the other team with jagged, broken ends.
Blanche says she already has another partner. Olga Nielson. Rose is SHOCKED by this news. Seems the mysterious Nielson twins, Olga and Sonya, are on the rocks. Sonya has been sleeping with Olga’s boyfriend Lars and didn’t “tell him he had the wrong sister.” With names like those, these people are from St. Olaf, right? Dorothy still refuses to bowl with Rose. But Rose begs “just say yes and nobody gets hurt.” She definitely tried to stab people with a broken field hockey stick.
Out on the lanai *drinks for being on the lanai* Sophia comes out to see Dorothy. She’s been on quite a few dates with Augustine the past few days. Augustine wants Sophia to go back to Sicily with him for a brief visit. Dorothy refuses it since Sophia has bad health. Sophia says she’s going no matter what.
Dorothy: Then I’m wasting my breath. You’re a grown woman, I can’t tell you what to do.Sophia: I know. Now lend me $1200 airfare.
Dorothy denies her the money and Sophia calls her a total disappointment. And in doing so she spills the beans that Rose is dumping her as her bowling partner. Rose admits it this. 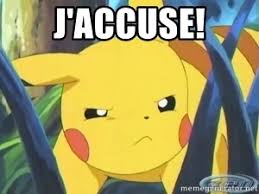 Rose had to team up with Sonya Nielson so she could win. Blanche comes back in to be uber dramatic again. The Nielson twins are back together! Lars apparently is dead. He lived as he died, off screen. Rose, upon hearing this news, tries to get Dorothy back. But Dorothy offers to be Blanche’s partner. Sophia offers to be Rose’s and now our A and B plots come together as one. Sophia is going to prove she’s not too feeble to go to Sicily.
The next scene opens with Blanche clearly having a sex dream while sleeping hunched over on the kitchen table as Dorothy tries to wake her. It’s 6am and it’s time to practice again. They’ve been going every morning before work, every afternoon after work. At the beginning of the episode they were a week out from the tournament. In the last scene Sophia has seen Augustine every day for a few days. Let’s say the episode opened on a Saturday and Sophia spent three days with Augustine, starting on a Sunday. On Wednesday Dorothy and Blanche become bowling partners. At the beginning of this scene Dorothy says the tournament is tomorrow. So really, Blanche has only had to get up early and go after work to bowl on Thursday, and today which is Friday. The show and Blanche treat it like it’s been weeks of training. Time has no meaning in the land of sitcoms.
Dorothy: Aren’t you forgetting something? Rose dumped you.Blanche: That’s right she did. I hate being dumped. I just hate it. I haven’t been dumped since Wade Honeycut threw me over for Rebecca Wilkenson. A girl who did not value her reputation. Dorothy: Did you let him get away with it?Blanche: Hell no!Dorothy: What did you do?Blanche: Slept with his brother.
Oh man, *drink twice for Blanche’s beaus*
And now our plots fuse into a super plot. Sophia makes a side bet with Dorothy. If she and Rose win, Dorothy will pay for her trip to Sicily. If Dorothy wins she gets the never heard of antique silver earrings.
Welcome to the day of the tournament. Blanche is looking cute in her little bowling outfit. 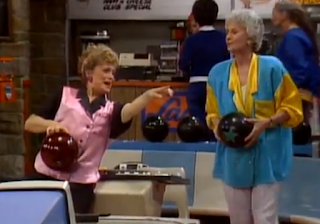 Of course so are Rose and Sophia.

When I used this GIF last week, I didn't realize this episode was next. I'm glad I got to use it again so soon
They should all have worn Pin Pal jerseys. * 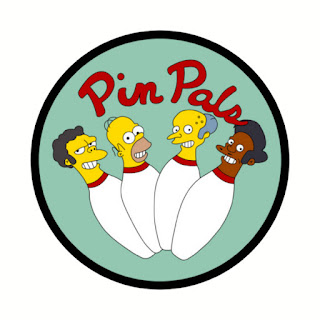 The Nielson twins were supposed to be sharing the lane with Blanche and Dorothy, but they had to drop out for Lars’s funeral. These people sure are taking up a lot of time in this episode.
Not only did Rose and Sophia steal Blanche’s outfits, but Rose starts calling Sophia “ma” to mess with Dorothy. Mind games. Hot damn.
We’re down to the wire. Rose leads the tournament, but Blanche and Dorothy still have one more frame. We learn from Rose that Blanche chokes when the chips are down. Dorothy threatens a terrified Blanche. Blanche blindly throws the ball down the lane. But she rallies because everyone looks cute in her new outfit and she knocks over two pins.
Dorothy says all they need to win is a spare, but of course this is when Augustine shows up. Dorothy sees how cute Augustine and Sophia are together. They’re reminiscing about their first kiss. Dorothy intentionally misses her best shot and Rose wins. She is a sore winner.
We cut to Sophia telling Dorothy about the trip. Then she gifts Dorothy with the never to be seen again antique silver earrings. Sophia knows Dorothy threw the game.
Rose comes in and Dorothy and Blanche are still not talking to her. Rose had her bowling trophy altered to have everyone’s names engraved. Obviously her name is the biggest because she actually won. And that’s all she wrote.
This afternoon, I will be going to a Golden Girls drag show and I simply cannot wait for it and I cannot wait to share it with all five of you who read this blog. 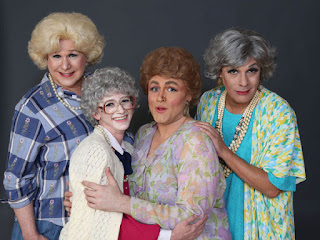 Drinks Counter:
Out on the Lanai: 1Blanche’s Beaus: 2
Tune in next week for The Break In

June 16, 2019
Picture It: Miami 1985-1992 I fucking love Golden Girls. It is a known fact about me. Coworkers, family members, friends, complete strangers are well aware I love this show. It premiered before I was alive. It ended when I was 5, but I loooooove it. When the syndicated episodes began to air on Lifetime I would come home from school and watch the two episodes they aired. Homework was for nerds. Golden Girls was for winners. I had a friend in high school who would marathon this show with me. In college I would watch late at night, because this term paper can wait, Blanche might sell the house! There are better written shows with way less continuity errors out there, but this is my favorite show. Which is why I am going to rewatch the whole series and share the experience through this blog. And I'm going to make a game out of it. A drinking game, because that's always appropriate. For anyone in the know there are certain repeated aspects of Golden Girls that are pretty well-know…
Post a Comment
Read more

June 30, 2019
S01 E03 Original Air Date September 28th, 1985 Ya’ll ready for this? Today’s topic is sex. Widowhood sex. Oh yeah. We start the episode with Dorothy and Sophia playing Gin Rummy. On the lanai of all places. *drink once for being on the lanai* Blanche busts up the party with a classic sitcom plot. Her date won’t go out with her because his brother is in town and his brother needs a date! *drink once for Blanche’s beaus* We are starting early and starting strong on the drinks today. Anyway, Blanche invites Dorothy, but Dorothy is busy playing Gin Rummy with Sophia. She’s determined to win against her for the first time. In thirty years of playing this with her mother she hasn’t won once. I fail to believe this statistic, because as my high school German teacher used to say “even the blind hen gets the kernel once.” Not to be deterred Blanche turns to Rose who conveniently enters the scene when Blanche needs her. Rose: I don’t think so, I’m not that interested in dating anymore.Blanche: …
Post a Comment
Read more

July 07, 2019
S01 E04Original Airdate October 5th, 1985 Blanche is in a cleaning frenzy! The house is a pigsty! But as we all know the house looks the same as it always has, except there are a lot more fresh flowers around. Too many fresh flowers if you ask me. All we know is Blanche doesn’t want “her” to come and she just hates “her.” The script writers added tons mystery to the opening seconds of this episode by not naming or indicating who “her” is.  Thankfully Rose enlightens us that it’s Blanche’s sister, still unnamed, that she hates and that is making Blanche's life such a living hell. Blanche: I wish I’d gotten a decorator. Nancy Reagan’s decorator! Inquiring minds had to know, who was Nancy Reagan’s decorator. So obviously I looked it up. His name was Ted Graber. He was born in 1920, served in WWII, and lived with his partner, Archie, for forty years. He died in 2000 at the age of 80. If Blanche did get him to decorate for her, I hope he isn’t listed as collateral like Rose tried to do…
Post a Comment
Read more