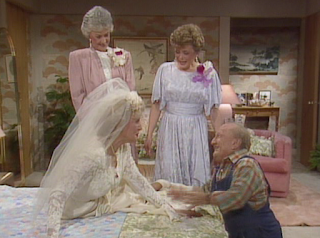 God save me, I moved to a new state. To a new timezone. My life is in boxes. Except for my laptop, so Golden Girls away!

We open with Sophia packing a suitcase, but here’s the catch, she’s packing food! Hilarious. When Dorothy asks why Sophia is packing all this food to visit Phil she takes a potshot at Phil’s wife. She apparently only goes into the kitchen for a cold beer. His wife is a welder. So good for her.
Sophia: My son married a welder. Too bad she didn’t weld his zipper shut. They got ten kids they can’t afford.

You’re Catholic, Sophia, that should make you happy.

Anyway, Sophia is visiting Phil because one of his sons is graduating pet grooming school. You best believe Sophia has some thoughts about that and they are not complimentary.

The family moment is interrupted by Blanche and her great new way to meet new men. CPR class. Nothing says romance like the kiss of life. Sexy. Of course, when Blanche does it it actually is sexy.
It’s Rose’s turn to bust up the party. She’s getting ready for a date. She’s see her doctor boyfriend Jonathan Newman often and Blanche and Dorothy are DTF Jonathan’s doctor friends. Don’t worry, when they meet him, their tunes will change.

Cutscene to a few days (?) later and Rose is mad Blanche invited her boyfriend to dinner. Rose is cagey and upset about this dinner party. Do you know why?! GUYS, IT’S THE ‘80’S WHAT SHENANIGANS IS AHEAD?!?!

She drops a hint that she doesn’t want her friends to do or say anything that would embarrass him. Blanche tells us about her dream where she’s running through a train that’s going through tunnels and a sweaty bodybuilder chases her. Dr. Newman thinks it’s sexual and this has never occurred to Blanche.

Dorothy already knew it was sexual. The doorbell rings and Blanche slams the door in his face because it’s a small person and Blanche assumes it’s a little boy. Commence the Freudian slips. 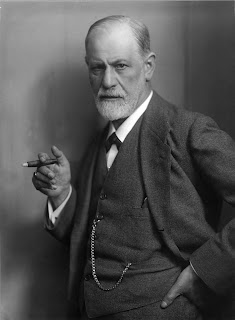 Blanche can’t deal with the embarrassment of potentially making him feel self-conscious. It would be “unsouthern.” Of course when she walks out with the h'ordeuvres and says “shrimp” it all goes to shit. Dr. Newman is ready to make Blanche feel self-conscious about it.

We jump ahead to after dinner drinks and Dr. Newman has charmed Dorothy and Blanche because he’s delightful. Unfortunately Sophia comes home and we know what happens when Sophia is home. Shenanigans. No one can trust this daffy old lady not to insult their guest.

Sophia: I hope this doesn’t sound rude *OH NO WHAT WILL SHE SAY?!* But I’ve just gotten back from a long trip, and I’m very tired. If you’ll excuse me.

PSYCHE! She didn’t do anything. The show fooled you.

Dorothy follows Sophia who verifies Dr. Newman is small and that she’s not having a stroke. So you know, classic Sophia. As Rose walks Dr. Newman out he says he has something important to talk to her about and she’s convinced he’s going to ask her to marry him.

Ok, Rose has only been a few dates with him. She knows he wants to get remarried, but this still feels like a leap. Even for Rose. She needs to make sure her deadly vagina doesn’t kill him.

Rose admits she was embarrassed to have her friends meet him and she’s uncomfortable being in public with him. She is ashamed she feels this way.

Then Blanche tells a story about her and Benjamin. *Drink for Blanche’s beau* In the south, during her youth, some things were forbidden and certain people were not to mix. So she saw him in secret. She eventually went to prom with Benjamin, outing her scandalous relationship with pride for the boy she loved.

Dorothy: And it’s terrible to think that the two of you were almost kept apart just because Benjamin was black.
Blanche: Black? Benjamin wasn’t black. He was from New Jersey. I went to my senior prom with a Yankee!

Dorothy dresses Blanche down in characteristic sarcasm. Good. Because that story.
Rose has a dream about her wedding day to Dr. Newman *what the hell, drink for a wedding* Her dream is filled with dream nonsense, but there’s a kernel of wisdom. Rose knows she shouldn’t care what other people think about the height difference because she cares for him. The wonderful Billy Barty makes an appearance as Rose’s father in her dream to highlight the point size matters not. 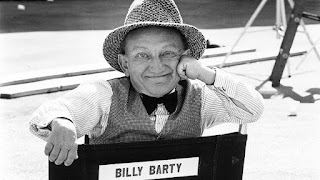 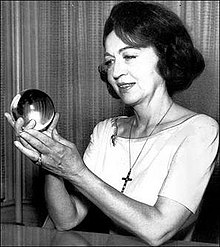 Rose wakes up and says she knows what she’s going to do. She’s going to stay with him.
Of course at dinner the next night Jonathan had other ideas about their talk. He tells her it’s important for each party to accept the other. Rose, of course, says she accepts him for who he is, but oh no! That’s not what he was getting out. Rose isn’t Jewish and that’s a problem.

This GIF is getting a workout today. Rose freaks out, but they come away laughing over it. We end on this note.

Waiter: How was the shrimp?
Rose: Unfortunately I’ll never know. You see, he’s Jewish, and we can’t see each other anymore.

Next Time That was no Lady

June 16, 2019
Picture It: Miami 1985-1992 I fucking love Golden Girls. It is a known fact about me. Coworkers, family members, friends, complete strangers are well aware I love this show. It premiered before I was alive. It ended when I was 5, but I loooooove it. When the syndicated episodes began to air on Lifetime I would come home from school and watch the two episodes they aired. Homework was for nerds. Golden Girls was for winners. I had a friend in high school who would marathon this show with me. In college I would watch late at night, because this term paper can wait, Blanche might sell the house! There are better written shows with way less continuity errors out there, but this is my favorite show. Which is why I am going to rewatch the whole series and share the experience through this blog. And I'm going to make a game out of it. A drinking game, because that's always appropriate. For anyone in the know there are certain repeated aspects of Golden Girls that are pretty well-know…
Post a Comment
Read more

June 30, 2019
S01 E03 Original Air Date September 28th, 1985 Ya’ll ready for this? Today’s topic is sex. Widowhood sex. Oh yeah. We start the episode with Dorothy and Sophia playing Gin Rummy. On the lanai of all places. *drink once for being on the lanai* Blanche busts up the party with a classic sitcom plot. Her date won’t go out with her because his brother is in town and his brother needs a date! *drink once for Blanche’s beaus* We are starting early and starting strong on the drinks today. Anyway, Blanche invites Dorothy, but Dorothy is busy playing Gin Rummy with Sophia. She’s determined to win against her for the first time. In thirty years of playing this with her mother she hasn’t won once. I fail to believe this statistic, because as my high school German teacher used to say “even the blind hen gets the kernel once.” Not to be deterred Blanche turns to Rose who conveniently enters the scene when Blanche needs her. Rose: I don’t think so, I’m not that interested in dating anymore.Blanche: …
Post a Comment
Read more

The Golden Girls S01 E02 Guess Who's Coming to the Wedding

June 23, 2019
S01 E02
Original Airdate September 21, 1985 Let’s just start this episode with a drink. Wedding is in the episode title and the whole episode revolves around a wedding, no need to beat around the bush. *drink once for a wedding, in fact, make it one whole cocktail or three shots because wedding for days* Dorothy is all panicked because she thinks her daughter is lost on her way to visit. She’s “just terrible at giving directions.” But Blanche points out that she gave Kate the directions and Dorothy makes a dated joke about Rand McNally. Us youngsters use Google Maps now, Dorothy, Google Maps. Dorothy is being a real jerk to Blanche and Rose because she’s anxious to meet her daughter’s boyfriend, who she’s been seeing for a whole six months. I’d also like to point out we have no idea how old Kate is and we never will. I suppose it doesn't matter, but six months at 21 is different than six months at 31 in my mind.  All Dorothy knows about this guy is that he’s a doctor and Blanche te…
Post a Comment
Read more