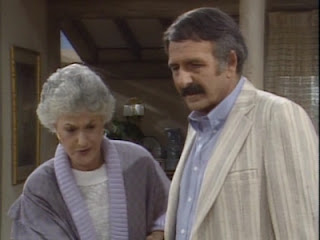 S01 E11
Original Airdate November 30th, 1985
This is the third time I’ve started this and the third time when I go to save my progress Word just shits itself. Obviously there’s an issue here that I am not going to fix until this episode is over. There is no problem, only Zuul.

We open up with Blanche whistling along with the tea kettle as she and Rose look at brochures. Blanche says they should go to Martinique in the Caribbean because all the men there speak French. Rose wisely asks what the women speak and when she learns everyone speaks French she doesn’t want to go.
You know who speaks French? Dorothy. Remember a few episodes ago she learned it and aced her final despite Blanche’s totally disruptive grandson staying with them? No? Only me then? Ok.
Rose says she would rather go somewhere like Williamsburg, VA or Washington, DC. Of course this is when Sophia waltzes through the room.
Sophia: You’re moving, Rose? This would be touching if I liked you more.
Then Sophia learns the three other ladies are planning a vacation without her. Rose says they wanted Sophia to stay behind and watch the house. I’d like to point out one of the three planning this vacation is Sophia’s daughter. Who neglected to even ask her mother if this was ok. Dick move, Dorothy, dick move.
Dorothy comes in as Sophia leaves and she is scolded by Blanche and Rose about not telling her.
Dorothy: I was waiting for the right moment. You know, like right after we landed in New York.
Blanche: New York? I want to go to an island.
Dorothy: New York is an island.
Blanche: No, I mean someplace where swarthy men who don’t speak English rub oil all over your body.
Dorothy: Great, then we can go for a ride on the subway.
Sophia comes in to announce Stan is there. Dorothy explains he needs some signatures on some papers. Stan who lives in Maui is in Miami for some signatures, even though mail is still a thing. Yup, checks out. Sophia just left Stan on the doorstep. Stan looks like discount Burt Reynolds. Except that’s an insult to Burt Reynolds and discount bins everywhere.
Sophia refers to Stan’s new wife as “the young chippy.” And Google said it is a fish and chips shop or “(Australia, slang) The youngest member of a team or group, normally someone whose voice has not yet deepened, talking like a chipmunk.” 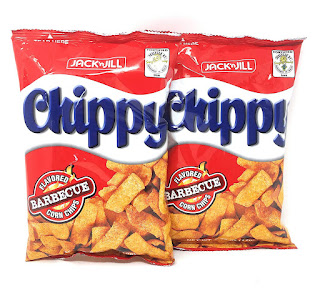 Dorothy cuts to the chase and just calls Chrissy a bimbo. Stan ignores all this and says Chrissy is in Maui and he’s just here to sell a piece of property Dorothy and he bought on their honeymoon.
Sophia: Read it first. The last time he had you sign something, I ended up in a home.
In classic sitcom fashion Dorothy can’t sign the papers now because they need to be signed before a notary public. So more reasons to shove these two together some more.
Dorothy: Why did I ever marry that man?
Sophia: Because he knocked you up.
Then Dorothy and Sophia nod knowingly for a really long time while the laughtrack goes on.
Next scene we’re at a deli with Stan and Dorothy. They’ve sold their property, Dorothy wants to leave, but Stan is trying his best to keep her around. Until he breaks down and says Chrissy left him for a younger man.
Dorothy: Younger than Chrissy? Where did she meet him? Camp Snoopy?
Dorothy doesn’t gloat despite the fact she has every right to. But she knows the pain and heartache and lends her ear to Stan because she’s not a scum human being like he is. Stan is a hot mess over it. Dorothy decides to go for a ride with him to look at their swamp property they just sold. 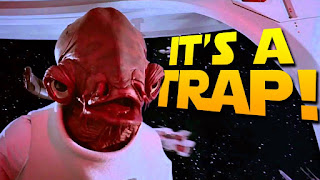 Back to Rose and Blanche, Blanche doesn’t want to spend her vacation in New York. Rose doesn’t seem to mind. I am actually down with Rose’s ideas. I’ve been to the Bahamas and Caribbean and while they’re pretty, I’m still sort of “eh” about the whole thing. But I like museums. And nerds who do historical recreations. So yeah, I’d take anything over Martinique.
I wonder what the budget for this is. Because they’re throwing islands close to Florida or continental US locations. Why not Montreal? Or Hawaii? Or Paris? They’re never going to actually go anywhere, so why not head for Singapore?
Rose suggests Hollywood. She says the drugstore owner referred to her as a young Barbara Billingsley. 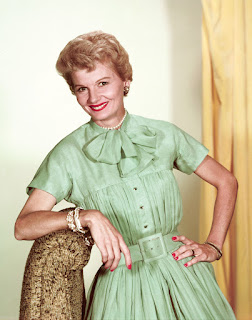 I want to comment on Blanche’s nightgown. I can’t get a good screenshot on my computer so let me paint you a word picture. It’s yellow. With lots of lace and a high ruffled collar and puffy long sleeves. And she’s wearing an apron over it. My eyes hurt.
They decide on Hollywood and Stan comes in dressed in Dorothy’s robe. Horrifying. I mean the shoulder pads in Dorothy’s nightgown when she comes in. Not that she slept with Stan. Though that’s gross too.
Dorothy firmly puts her foot down this was nothing. She overhears Stan on the phone and realizes it was not just a one-time thing, not for him.
In the next scene the living room is full of roses. Is this like the tulips from episode two? “Like Easter in Rotterdam.”
Rose goes through a list of things she does understand about the situation between Dorothy and Stan. But then she caps it off with this:
Rose: I don’t understand how a thermos keeps things both hot and cold.
Dorothy opens up about being confused about how things went with Stan. She doesn’t know if she wants to tell him the night before was a mistake. This upsets Blanche and Rose and then when he arrives off they go to see a travel agent about Hollywood. Dorothy is against it, if you’re curious.
Dorothy asks Stan how can they just get back together. They’re divorced. He left her for a young woman. He’s still married to that other woman. Separated, but not divorced. How is that not coming up? Stan tries to woo Dorothy with their life plans before the divorce. Scumbag. Emotional manipulation will not help you here, Stan!
Dorothy goes into the kitchen. All the food is on the table. Rose and Blanche are waiting for her. They pulled out all the food to save precious time as they discuss Dorothy’s Dilemma. There is a giant jar of mustard on the stable.
I’m not sure where Dorothy’s quandary is coming from. After it happened, she was adamant it was nothing. She only starts to have doubts when she hears Stan ordering the roses. Now it’s all “how can I forget the time we spent together.” Interesting how this is a factor after Stan manipulated your emotions about living the life you planned when you were newlyweds. Dorothy also mentions how he left her.
Dorothy: I can never trust him again and if you can’t trust your husband, then what kind of relationship can it be?
See? Dorothy doesn’t want Stan. She is not confused. He is deliberately confusing her into getting back together because he’s afraid of being alone. SCUMBAG.
Rose tells a story about letting a boy down easy. Went Charlie went to fight in the Korean War she started working at the local USO and that’s where she met Eddie, the Aqua Midget. I assume he’s like Handsome Pete.

Dorothy is trying real hard not to laugh. Blanche stuffs her face to avoid laughing. So many short puns. Remember this when Rose does date a person with dwarfism.
Back at Stan’s hotel room Dorothy arrives to tell him there is no more “us.” Stan has champagne ready to toast to them. But hark, at yonder door, a Chrissy knocks. 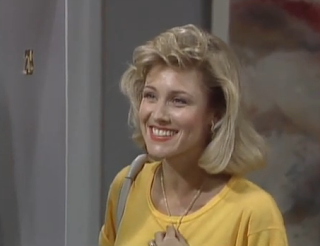 She’s cute. And clearly close to Kate’s age. So how come Kate wasn’t more upset her father married this girl back in episode two?
Chrissy calls him Stick Man. Stan turns Chrissy down in favor of Dorothy before Dorothy can let him down. He tells Chrissy it’s over and she runs out after throwing a drink in his face.
When she leaves, Dorothy lets Stan down. Dorothy says she likes her life without him and she’s happy. Stan is befuddled about it. He runs after Chrissy because he’s a scumbag. The show ends with a toast from Dorothy to the audience.
Dorothy: Here’s to terrific sex and the dumb blonde who’s not going to get any.

I wonder where they decided to go on vacation...
No drinks. None. I take a break and this is what happens?
Tune in next time for The Custody Battle

June 16, 2019
Picture It: Miami 1985-1992 I fucking love Golden Girls. It is a known fact about me. Coworkers, family members, friends, complete strangers are well aware I love this show. It premiered before I was alive. It ended when I was 5, but I loooooove it. When the syndicated episodes began to air on Lifetime I would come home from school and watch the two episodes they aired. Homework was for nerds. Golden Girls was for winners. I had a friend in high school who would marathon this show with me. In college I would watch late at night, because this term paper can wait, Blanche might sell the house! There are better written shows with way less continuity errors out there, but this is my favorite show. Which is why I am going to rewatch the whole series and share the experience through this blog. And I'm going to make a game out of it. A drinking game, because that's always appropriate. For anyone in the know there are certain repeated aspects of Golden Girls that are pretty we
Post a Comment
Read more

July 21, 2019
S01 E06 Original Airdate October 26th, 1985 I have to start today’s post with some sad news. Charles Levin, the beautiful, Hawaiian shirt wearing, Coco, passed away. Following a disappearance on June 28 th  his remains were found and identified on July 13 th . It is being treated as an accident. RIP Charles Levin 1949-2019  In 1985 Miami things are a little less sad. Well for everyone but Blanche who cannot understand why “these things” always happen to her! Dorothy tells her to just admit she has cellulite. Blanche denies having cellulite and says her daughter Janet is having marital problems and she and her husband are going to Hawaii to try and work it out. I hope they bring Coco back a shirt. None of that sounds horrible enough for Blanche to storm in all “woe is me” until we learn they are dumping her grandson with her. I mean we learn this after more cellulite jokes first. This show never met a zinger it didn’t like. Especially at the expense of exposition. Rose te
Post a Comment
Read more